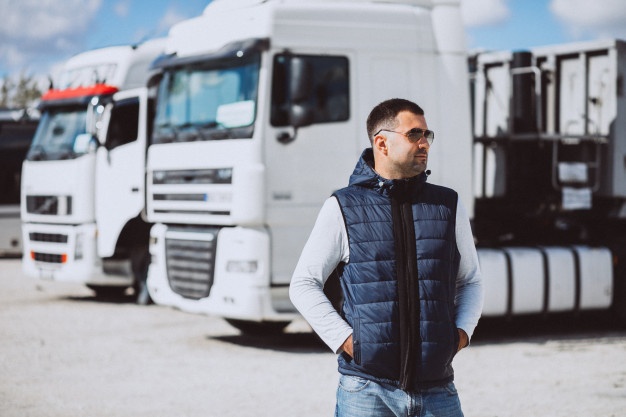 It was pretty startling to see the figures released by SEEK recently that showed jobs ads in Australia at their highest levels in 23 years, having risen a massive 63 per cent when compared to the previous year.

For people who work in transport/freight, retail and hospitality, the numbers are no surprise. These industries have been struggling to attract workers since Australia’s borders (mostly) closed to overseas arrivals in 2020. As a freight agency, we have noticed the pressure transport companies of all sizes are under due to increased demand and a lack of drivers, logistics and warehouse staff.

Here’s a look at what has caused the shortage of drivers and delivery workers in particular.

Many jobs in Australia are filled by temporary residents and students. However, the COVID outbreak not only prevented them from coming into the country, it left many who were here without subsidies or assistance when their jobs fell through. Unfortunately, those who weren’t able to find jobs quickly enough had to return home, which has only served to widen the gap. Now that hospitality is coming back to life, the workers aren’t there to reclaim their jobs. This has led to a flow-on effect for other industries.

For the freight industry, the teams on the ground have experienced unprecedented pressure.

Being overloaded with work means many have quit to pursue other opportunities. As reported by The Age, “Victoria’s peak trucking association estimates about 10,000 truck drivers – including more than 2000 who cross state borders – have exited the industry since the outbreak of COVID-19.” These drivers have apparently become frustrated by rapidly changing rules, forced COVID tests and ongoing border closures.

It’s easy to see how the supply chain has been slowed down by this issue and why it has caused long waits for packages and parcels to be delivered.

While everyone has been doing their best, it’s easy to understand that fatigue has set in. Employers are experiencing people calling in sick or failing to meet expectations. With the ball in workers’ court right now, it is difficult to discipline staff or let them go.

At this point in time, we have noticed that the freight providers that make positive worker relations a priority are the ones that are more in control of their workflows and customer relations. They genuinely value their workers and aren’t afraid to offer incentives and rewards, which means there is more loyalty across their workforce.

From our perspective as a freight agency, clear communication, patience and plenty of planning ahead goes a long way to ease stress for everybody.

Where is the turning point?

Now that Australia’s borders are starting to reopen to students and overseas workers, there will be the opportunity to fill staffing gaps. In addition, higher vaccine rates will see people returning to stores in person rather than shopping online. While this won’t make a difference at all levels, it should result in slightly less demand for delivery drivers.

Right now, there is pressure on the government from the most impacted industries to ramp up advertising and incentives for new migrants, similar to the campaigns that were launched after WWII. At the same time, employers are also seeking ways to make themselves as attractive as possible to people who are thinking about relocating to Australia.

As reported by the BBC, some companies are offering to pay for flights and VISAs in order to attract new employees and even going so far as to offer food vouchers and pay for the first two weeks of rental costs when they arrive.

At EFS, we are endlessly impressed with the service levels that our freight provider partners have been able to maintain over the last two years. It’s our goal to work with them closely to ensure the labour shortages have as little impact on our shared customers as possible.

Want to know more about the best freight services for your business in the current climate? Contact EFS to work with a reliable freight agency.